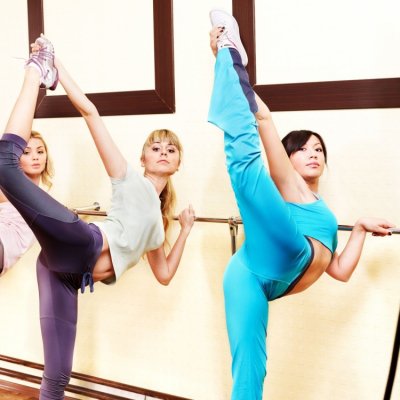 The magic formula for losing weight isn’t really magic at all. It is simply making sure your calories in are fewer than your calories out. You can achieve this deficit by cutting calories from your meal plan and increasing the amount of time you spend being physically active. If you’re trying to drop some pounds, consider getting into a barre class. You’ll be surprised at how awesome the benefits can be.

Barre combines components of yoga, Pilates and ballet. It might not sound like much, but you are going to be shocked at how it works your muscles and burns calories. The actual barre is attached to the wall in the studio and you’ll use it to maintain your balance during the workout. Maybe you don’t choose it exclusively, but barre can be a fantastic addition to your regular routine.

Ballet might sound like a lower body workout, but when you incorporate the other aspects of barre, you actually work pretty much all of your body’s major muscle groups. Obviously, you’ll be doing a lot of leg moves, but many routines also include light hand weights for your arms and plenty of mat work to target your core and back. You’ll definitely be feeling it the next day.

If you prefer to work out at home, go ahead and consider barre. You can easily install the barre in your workout space and use online tutorials and smartphone apps to walk you through the motions. This is great if you have kids and don’t have the time to hit the gym or you just like to be away from the crowd when you exercise.

4 How Many Calories Will I Burn?

That’s the question, right? And it’s a very good one too. After all, how are you supposed to know if your expending fewer calories than you’re eating if you have no idea how many you’re torching during your barre class? The average woman burns at least 300 calories during a one hour class. Some estimates go as high as 600 calories. This will, of course, depend on how much energy you put in.

Pretty much anyone, that’s who. It’s great for all fitness levels as you can modify the moves based on your endurance and ability. Experts say that even pregnant women can safely perform the moves with their doctor’s approval. The moves aren’t super high impact and are great for beginners getting used to working out and experts who are looking for something new and challenging.

If you’re looking to lose weight, the calorie burning benefits may be all you care about when it comes to barre. You’re also going to notice other perks though. Barre is incredibly effective for helping improve posture and flexibility. Despite its calorie burning potential, it’s been reported by many women as being a great way to alleviate stress. Barre also builds muscle tone and definition and boosts you metabolism.

There’s a reason why barre workouts are gaining in popularity. It’s because celebrities are doing it (why else, right?). Kelly Ripa, Madonna and Natalie Portman are some big name stars that regularly take a barre class. Join them – you’re going to like it.

Are you game to give barre a try? Which of these reasons are most compelling?