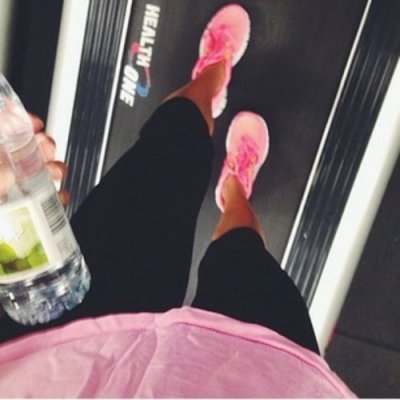 The next time you're on the treadmill, you shouldn't blankly stare at the wall in front of you. If you do that, then time will pass by super slowly. That's why you should watch a movie, read a book, or listen to an audiobook. Of course, if you don't plan on being on the treadmill for all that long, you can try watching short little YouTube videos. Here are some of the best ones that'll make your time fly by:

If you think running in the same direction at the same pace for a few minutes is difficult, wait until you see this video. It shows a group of men dancing around on treadmills. Even though their dance moves don't look all that hard, they were probably more worn out than you'll be by the time you're finished, so don't give up! You can do this.

2. Dogs on the Treadmill

If you're an animal lover, then you're going to love watching this cute little puppy try to get up on the treadmill. It's not impossible for a dog to get a good workout on one of these machines, which the older canine proves, because he never wavers. But when you're a young puppy, it can take a little time to get used to running in place.

If you thought that the OK Go video was intense, wait until you see this man (who is a total cutie). He accidentally uploaded a video of him dancing on his treadmill, and when Ellen saw it, she had to invite him on her show. Watch her short interview with him and then see him in action! You'll flip once you see how well he moves on a moving treadmill.

If you loved watching the doggies on their treadmill, then you're going to love these kitties, too. The little one does pretty well on the machine, even though he keeps coming close to falling off. However, the larger kitty has even more trouble staying in place. So even if you have your treadmill on a low setting, be happy that you're able to do better than these little kittens were.

If you want to feel good about yourself, check out this video. Don't let all of the fails you see scare you from running fast on that treadmill. As long as you don't do anything dumb, you won't end up like they did.

Running on a treadmill is hard enough, which is why dancing on treadmills is so impressive. Enjoy this video, but don't try any of the moves you see yourself. Stick to running for now, so that you don't end up injured. Don't worry, you'll still get a great workout.

If you loved watching the treadmill fails up above, you're going to love these, too. People have done some pretty stupid stuff while trying to work out. Really, it's their own fault that they got hurt, so don't feel too bad for them.

If you keep yourself occupied while exercising, you'll have a much easier time working out for long periods of time. When was the last time that you hopped on a treadmill?