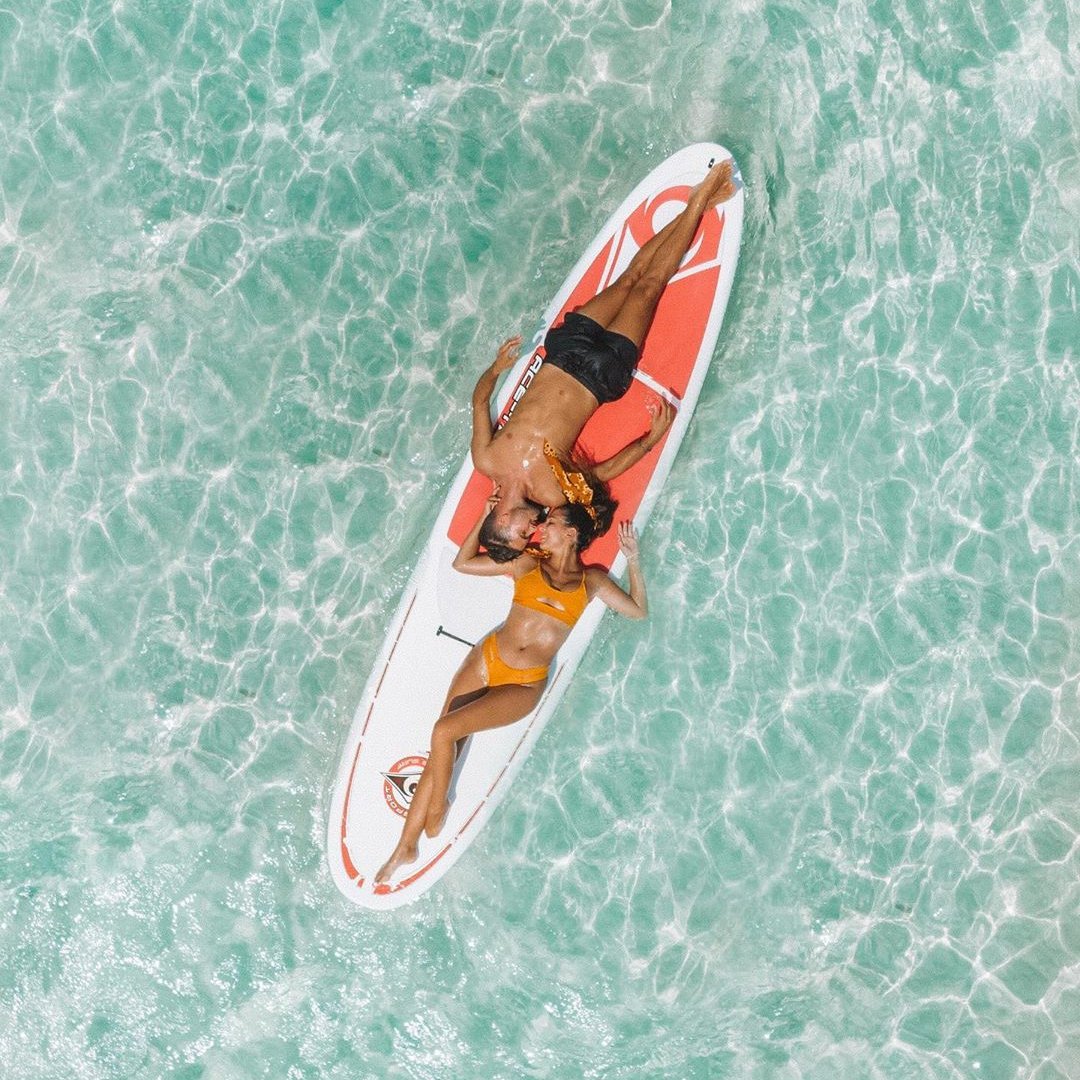 Engaging in couple sports was on the top of my mind when I realized that I need to shed some weight a year after giving birth. I should have done it when my body recovered from the C-section. But like most first-time Moms, everything went haywire when two mutants joined what used to be just Jeff and Cris. I admit that when it comes to exercise, I am a lazy lady bug. It takes so much effort for me to get out of the house to do something focused on burning calories. I see couple sports as my way back to fitness. Here are seven sports and activities that you can do with your partner to stay healthy:

I was named after the American tennis player Chris Evert because my father is a big Wimbledon fan. I was exposed to tennis as young as three but shifted to badminton at eight years old because I complained about the racket's weight. I stopped playing in college and have only played occasionally since then. I consider tennis and badminton as fun couple sports whether you play them with your partner or with another pair. I guess it's time to do this again.

Jeff is a cycling addict. As a result, his legs are more toned than my legs. I have laughed several times about this but I admit that I am a wee bit jealous. Cycling is a low-impact sport but gives back enormous health benefits. Be sure that your bike route is safe. There are cities with no bike lanes or in the case of the country where we live (China), bike lanes are spots where people park their cars, so it's a real challenge to maneuver around the busy streets.

This is a sport that Jeff and I can't do together because he has bad knees. I know several couples who do this together but I think the pair who does this best is my German friend, Jana, and her husband, Glenn. They just love the outdoors and they do this in any part of the world that they visit.

There's a couple named Edward and Eleanor Hayco from Cebu, Philippines, whom I interviewed some years back as they were instrumental in snagging for Cebu the 2011 Guinness World Record for the largest dance class, with 7,770 participants performing the cha-cha, rumba and boogie. Edward had an irregular heartbeat and his doctor said he was in for a lifetime of medication. Dancing, with his wife as his partner, helped him recover and his doctor was more than happy with this progress.

Invest in a good pair of running shoes and you're set to conquer the world. I have always loved couples who run together and I can count more than 20 of them right now. The Ironman 70.3 Philippines on August 3 featured an inspiring story about a young couple, who got into running, swimming and cycling to battle weight-related health issues.

My girlfriends swear that it was boxing that made them shed a lot of pounds after giving birth. I'm thinking that perhaps this might be done if your partner is also into boxing. I mean you can be sparring partners, and if you happen to hate him because he didn't help you in washing the dishes, you can punch him in the face. Ha! Kidding!

I really wrote "ultimate Frisbee" for my 7th point but I thought about the sport that both my husband and I love and volleyball came to mind. Jeff broadcasted so many volleyball games in his career (and that includes the Athens and Sydney Olympics) that he just fell in love with the sport. I can play volleyball and I reckon it will be great if we can, one of these days, play on the same team.

Any other couple sports you can suggest?