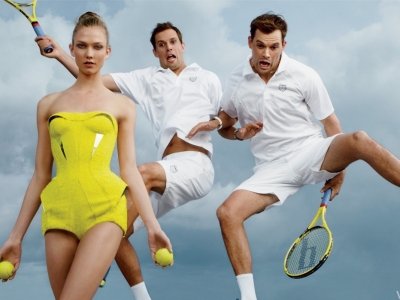 When you read about the things in this list, you’ll realise there’s no wonder they are described as the craziest sports! These sports are obscure, sometimes dangerous and generally just downright ridiculous. Why they exist is really beyond me, but there’s no doubt they are entertaining. I hope you enjoy this list of some of the world’s craziest sports!

Quite literally, Eukonkanto refers to the sport of wife carrying. There is no wonder this is among the craziest sports: a man hauls his wife over his back, then carries her throughout an elaborate obstacle course, trying to beat all of the other wife-carrying men around him. If the wife is dropped, a 15 second penalty applies. This sport originated in Finland, along with a few more addition to this list.

I don’t know what it is with Finland and their crazy sports, but they do them oh so well! Described as a “test of brains and brawn”, chess boxing is precisely as its name implies: eleven alternating chess and boxing rounds, each lasting four minutes. The winner either achieves checkmate or a knockout. Who knew!

Picture this: a gross, smelly, dirty bog in Wales, with wetsuit- and snorkel-clad participants riding, often expensive, mountain bikes through the water. You don’t get penalised in this sport, I assume because falling of your bike would be an overly common occurrence! People come from all over the world to participate in this championship, and get an epic mud facial at the same time.

Supposedly, in England, the grand old sport of Shin Kicking is played. The name says it all: you have to kick your opponent in the shins enough to make him fall to his knees. Once you do, you have won that round. Each match has three rounds, with the person winning two of them being the winner. Ouch!

This sport easily sounds like the most fun on this list! Bossaball, mainly played in Brazil and Spain, is a mashup of martial arts, volleyball, trampoline and football. Each team contains five players, one of which plays on the trampoline. Crazy jumps and kicks are performed to reach the winning score of 25.

Yet another crazy sport played by the Finns! Underwater Upside-Down Hockey is certainly not as simple as it sounds. This sport is played in lakes or ponds that have been frozen on the surface, because when the players turn upside-down, the icy layer is used to pass the puck from person to person! No breathing aids are used, so when the players run out of air, they simply duck up to the surface before submerging themselves once again.

This is inarguably one of the most dangerous sports to exist. In Ashbourne, England, an enormous game of football (soccer) is played, with no limit on player numbers, and the one and only rule being ‘no murder’. The entire town is used as the playing field, thus being a three-mile playing surface. Injuries are scarily common, and it is not uncommon for horrifically violent fights to break out.

I find these sports completely ridiculous, but also incredible fascinating. I wonder how they came to be! As crazy as these sports are, they show no signs of slowing down, as so many people per year continue to have so much fun participating. Have you tried any of these sports? What did you think?